I like the purpose of your site, “to take the message of nonduality to a wider audience and to include all nondual traditions.” You have the teachings from the greater Advaita tradition well represented. So I would like to talk about another tradition – emptiness.

This tradition is also part of my background. Also, I noticed something new happening over the last two years. A small but growing number of people interested in nonduality find themselves not resonating with the core message of global awareness. Not because they weren’t exposed to good teachings. Even after being students of some of the clearest awareness-based teachings and great teachers, some people discover that they just don’t hook on to the guiding intuition of awareness being their nature. Or they feel that advaita-style nondual teachings refute too much, reducing the richness of the world to a bland homogeneity. You might have heard these critiques yourself!

And then some people come from a background that doesn’t include nondual spirituality at all. People might have pursued other routes to spiritual happiness, such as Buddhism, science, music, art, or literature. A friend of mine gave a presentation about emptiness at the 2009 Science and Nonduality Conference (see links below), and several people had these backgrounds. They were very interested in emptiness teachings, and had not crossed paths with awareness teachings, satsang – or dialog-style gatherings.

In this post I’ll be talking primarily about the Eastern flavor of emptiness. Incidentally, there’s a huge variety of fascinating and analogous Western types of emptiness teachings.

That is explained to be emptiness.

That, being a dependent designation,

Is itself the middle way.”

The Eastern flavor of emptiness is also called the Middle Way, and comes from the Buddhist Perfection of Wisdom sutras. The insights in these sutras were systematized by the ancient Indian sage Nagarjuna (ca. 150–250 CE) in his Treatise on the Middle Way, one of the world’s greatest nondual works. Emptiness was so profound and influential that even Adi Shankara (788 CE‑821 CE?), who later systematized Advaita Vedanta, was accused by Hindu orthodoxy at the time of being influenced by Buddhism.

Nagarjuna’s teachings have been a mainstay in various forms of Buddhism for almost two thousand years. For the last several decades, the easiest place to find Buddhist emptiness teachings has been through (i) translations/interpretations of Nagarjuna’s texts, and (ii) Tibetan Buddhism, especially the Dalai Lama’s Gelugpa school of Prasangika Madhyamika (aka Tibetan Consequentialist Middle Way teachings). There are different takes among different Buddhist sects on certain of the smaller points, but these two overall presentations are radical, thoroughgoing, and easy to work with.

Many people have a sort of natural taste for emptiness, and in Buddhism, it is sometimes said that the ideal emptiness student is one who breaks out in goose pimples at the very mention of the word!

Emptiness is also called pratītyasamutpāda in Sanskrit, which means dependent arising. It teaches that nothing exists separately or on its own, but rather arises in dependence on a wide network of factors.

When this is, that is.

When this isn’t, that isn’t.

This applies to persons, as well as to all objects, both gross and subtle. Everything that exists is empty, even emptiness. Persons and objects exist, but in a conventional, pragmatic way. They exist based on causes and conditions, pieces and parts, and conventional conceptual designation.

And just what are things empty of? They are empty of true nature, inherent existence, independent being. This means that nothing exists apart from causes and conditions, apart from pieces and parts, or apart from naming and conceptual designation. There is no thing that exists by itself, under its own power, by its own steam. The “I” does not exist on its own, but constructed out of other things (which don’t exist on their own either).

Everyone has made the kind of discoveries that these teachings would call realizing emptiness. Examples would include anything that shows the self conceived in a different way from how you currently conceive it, or any insight where you experience it as a conceptual construction. The insights can be about phenomena other than the self too. For example:

The suffering of sentient beings, according to the emptiness teachings, is due to thinking, feeling and acting as though things exist inherently, when they don’t. We ourselves and all things seem to exist as though powered by an inner nature that should guarantee a kind of ongoing identity, safety and permanence. This is why we are surprised, anxious, fearful, indignant, shocked and outraged when pleasant things come to an end and unpleasant things begin. In fact we think that these very states of pleasantness and unpleasantness, good and bad, permanence and annihilation also exist independently and inherently. Suffering arises when our experience is to the contrary.

But when we do emptiness meditation, the closer we look for this inherent existence, the more strongly we realize that it is not to be found anywhere. We begin to see another way…

Dependent on mind and body,

The “I” does not at all exist as its own reality.

Compassion is organic with emptiness.  Compassion in the emptiness teachings is not considered a guilt-motivated behavioral requirement the way it is in some Western ethical teachings.  And it isn’t really interpreted as “feeling with” either.  Instead, compassion is an English-language equivalent of the Pali word “Karuna,” which is the sincere desire that all sentient beings be free from suffering.  This includes oneself and others.

The effects of emptiness and compassion are bi-directional.

The organicity of emptiness and compassion is why you often read about them in the same sentence, paragraph or page.
–

Realizing nondual emptiness does not refute conventional existence. In fact, realizing emptiness not only frees you from suffering, but also gives you a much more tangibly precious, instantaneous, vibrant, loving and joyful appreciation of conventional existence. You feel more intimate and instantaneous with your loved ones and the world around you than you ever had before. It seems like the world has more colors, not fewer. And they are more scintillating and brilliant than ever before. A very sweet creative and compassionate energy unfolds in you.

The emptiness teachings are nondual, but not by establishing everything as a singularity such as consciousness or awareness. According to Nagarjuna’s emptiness teachings, emptiness is not a synonym for awareness. The teachings don’t go that way. Instead, the teachings are nondual by avoiding the dualistic extremes of existence and non-existence, of essentialism and nihilism, subject and object, substance and attribute, good and bad, life and death. This is the Middle Way, on the razor’s edge between extremes.
–

Emptiness Meditation – Another Kind of Self-Inquiry

The Selfless (The Buddhist world of empty things)

The Three Strands of Inherent Existence

Presented at the 2009 Science and Nonduality Conference

There is Nothing Outside the Text (PDF)
Colin M. Turbayne and Jacques Derrida on the World as Linguistic 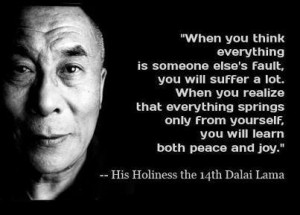 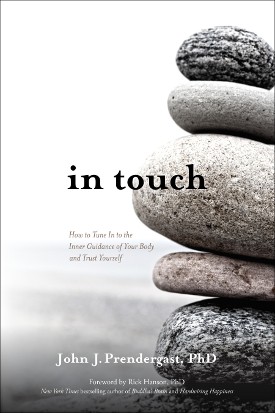 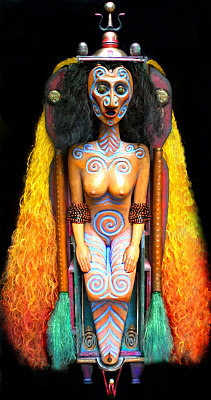 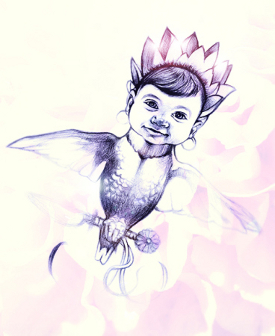